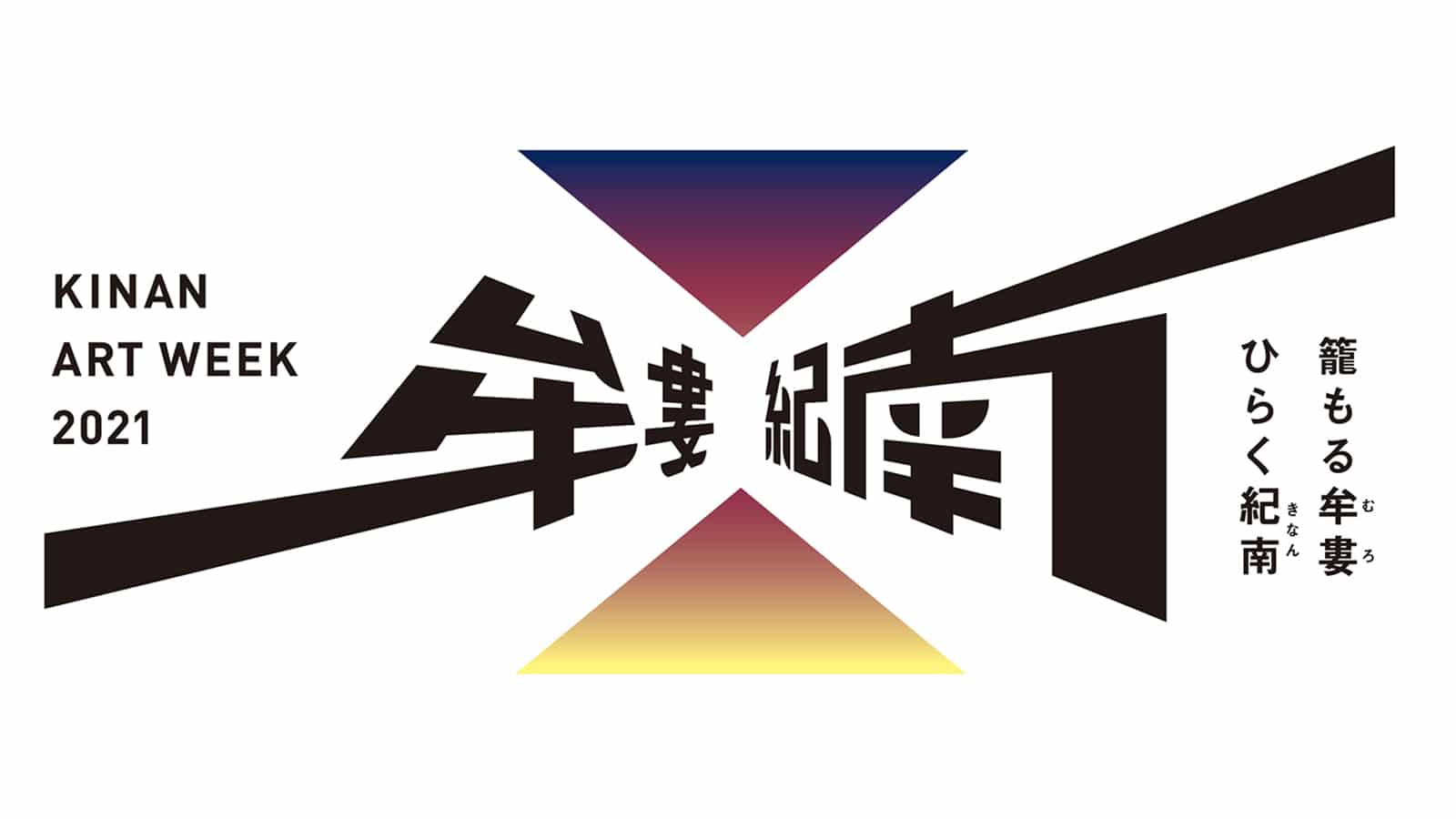 ‘The KINAN ART WEEK 2021 – Komoru Muro Hiraku Kinan -‘ will be held from November 18th to November 28th 2021. Mr. Daisuke Miyatsu will be the artistic director of the exhibition, which will be held in various locations around Kinan（紀南）[1] of Wakayama Prefecture. We hope you will enjoy the various exchanges and encounters between local phenomena and global contemporary artists here in Kinan area. At the same time, there will be a symposium on Kinan and contemporary art, joint workshops with educational institutions and museums, and sessions with people from various industries in Kinan area.

‘Muro（牟婁）‘ which is the same meaning of the Kinan area of Wakayama Prefecture, takes its name from the words ‘Komoru’ (Secluding to hide away and return to one’s origins, thereby experiencing a rebirth), and originates from ‘Chamber of the Gods’, and has a history of excelling at exploring the inner world, secluding oneself in the midst of rich mountain and forest resources. The religious beliefs of Koyasan (Mount Koya) and the Kumano Kodo are a source of tolerance and diversity in Japan regardless of status, religion, or gender, and have given rise to such visionary figures as Kumagusu Minakata and Rosetsu Nagasawa.

On the other hand, “Kinan（紀南）”, the southernmost peninsula of the main land of Japan, was once characterized by its ‘openness’ and fostered a culture of immigration together with the Kuroshio Current. Its long coastline and high-quality timber have resulted in the development of advanced shipbuilding technology which originated from ancient times, and it has played a major role in history as a base for goods transport and the naval forces. The first ships used in Sakai, Osaka were ships from Tonda port and used to serve as the starting point of the ‘Port’ and cultural and economic center. However, in modern times, the origins of Muro and its prosperous ‘Port’ have been forgotten, and through this activity, I hope to restore its historical and cultural assets to the present day.

Are ‘Seclusion’ and ‘Openness’ really concepts of conflict?

Our hypothesis is as follows;

“Isn’t locality the root of abundance in the world? Isn’t local and global essentially the same root? Only by taking a deeper look at the unique history and culture of a region, it probably is able to join to the global world for the first time.”

Is this above equation correct? Although ‘Kinan’ and ‘Muro’ are almost synonymous with each other, aren’t the concepts of ‘Seclusion’ and ‘Openness’ actually inseparable? It seems that ‘Localization’ and ‘Globalization’ are somehow separated by language, and they seem to have fallen into a divide. If you call it division, we can allow for it.

By secluding and re-evaluating the unique history and culture of the region, we will be able to connect with the global world for the first time. This is the idea behind our logo.

Born in Tokyo in 1963. Graduated from the Graduate School of Art and Design, Kyoto University of Art and Design with a master’s degree. Researches the relationship between art, the economy, and society. Known as a world-renowned collector of contemporary art. While working for a private company, he collected more than 400 pieces of art works, and his home, which he built in collaboration with an artist, is world-renowned. He is also a professional art custodian and conservator.

He has served as a member of the ‘Council for the Study of Overseas Dissemination of Contemporary Art’ of the Agency for Cultural Affairs and the ‘Haneda Olympic and Paralympic Legacy Promotion Task Force’, acted as a juror for the ‘Asian Art Award 2017’ and the ‘ART FUTURE PRIZE. He has been active in the media, appearing on general TV’s ‘Close-Up Gendai+’ and ‘NHK News Good Morning Japan’ and has also giving many lectures in Taiwan, Korea, China and other countries.

Venue: Kinan Area, Wakayama Prefecture (to be updated in the future)

It has been 15 years since I left Kinan, and almost 10 years have passed since I founded  law firm in Cambodia at the age of 22. With offices in 18 countries around the world, I have witnessed the disappearance of inherent goodness, and goods and values due to the effects of modernization and urbanization in Asia and the rest of the world. As a native of the Asian countryside in the Kinan area of Wakayama Prefecture, I personally believe that maintaining and further developing the ‘Aura’, which is a value that is unique to the region, will lead to stability and peace in the world.

I would like to rediscover the historical value of ‘the Culture of Seclusion and the Culture of Ports’ unique to the Kinan/Muro area, and present them as new values in the present day. Globalization and localization are considered to be opposed or divided concepts, but my opinion is that they are essentially from the same roots.

In order to embody this hypothesis, the KINAN ART WEEK has formed a partnership with Nanki-Shirahama Airport and experts in various fields/regions, and will be inviting top contemporary artists and artworks from around the world to participate in the event which is, based on a thorough study of the local history and culture. In addition to contributing to the promotion of culture and education, primary and secondary industries, and tourism, the Kinan /Muro region itself will also contribute to the historical culture and art through a creative approach that allows “acharamon” (meaning ‘stranger’ in the Kinan dialect) to find universal similarities in contemporary art.