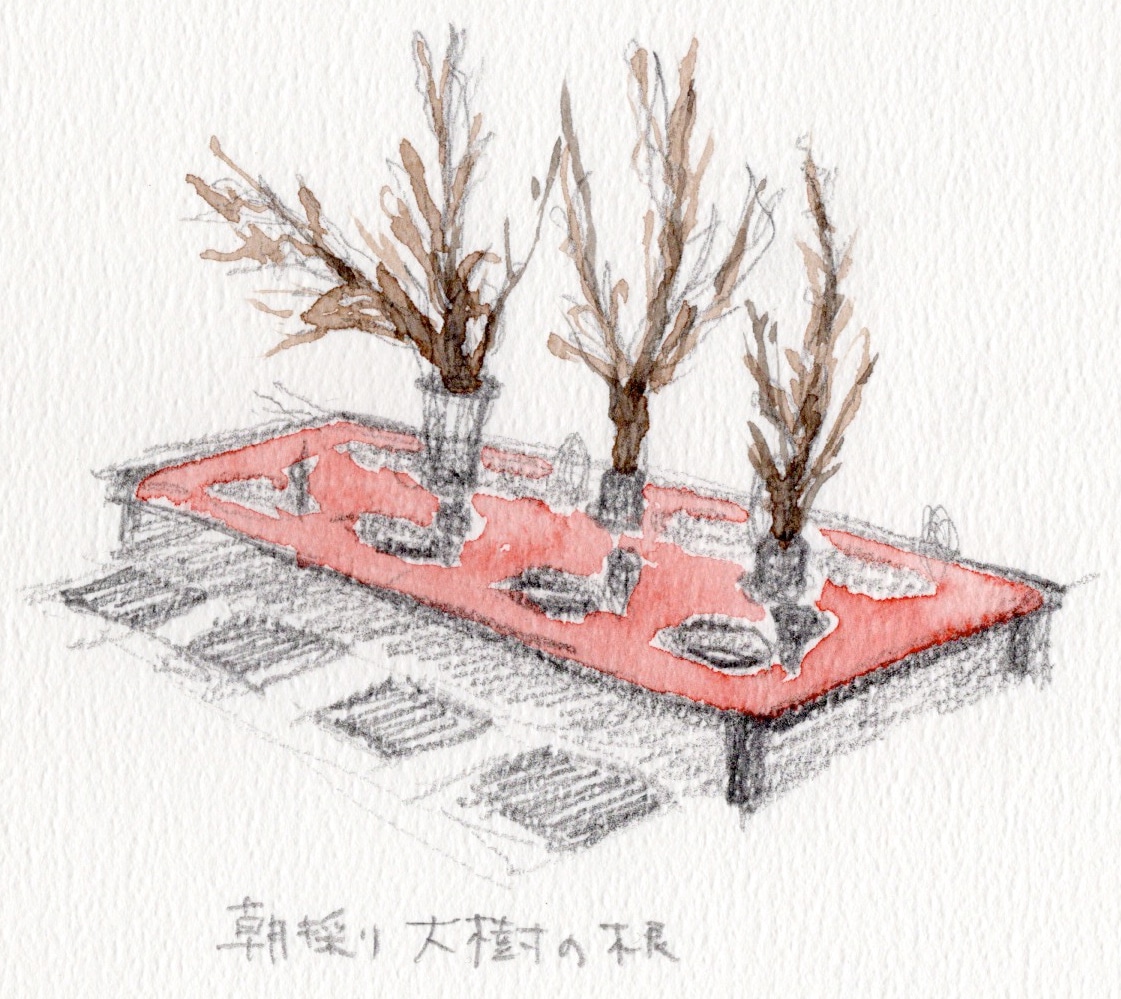 Aiwaso, a ryokan built by Tauchi Eiichi in 1957 in Furuo, Tanabe, for the city’s cultural development, used to be a centre of cultural exchange in the region, with domestic and foreign celebrities visiting. Today, the ryokan has taken on the name of its former name and is operated in an old private house on the ruins of Uenoyama Castle. From a location overlooking Tanabe city and Tanabe Bay, this exhibition focuses on the perception of roots in the ground and the soil that creates richness. The exhibition will feature three artists, Hirose Satoshi, Bacilli by James Jacques / Nanjo Yoshitaka / Yoshino Shotaro, and Khvay Samnang. Hirose has been based in Italy, working in Japan and abroad, and has produced many works that appeal to the senses other than sight, such as the sense of smell, which has not received strong attention in the history of art. In this exhibition, Hirose will show new works, including photographic works with motifs of nature and tree roots, which he sensed while walking along the Kumano Kodo. Bacilli visited farmers in Tanabe City to research the ‘soil’ in which mandarin, plum and other fruit trees we eat every day grow. In the second half of the exhibition, ‘Scented Soil’ will be held and its research will be developed.
Exhibiting artists : Hirose Satoshi (Japan/Italy), Bacilli, Khvay Samnang (Cambodia).

Satoshi Hirose
Satoshi Hirose (1963-) is based in Milan, Italy, and has been working energetically since his early activities in the 1990s. He has participated in numerous exhibitions in museums and galleries around the world, including Japan, Asia, and Italy. Recently, Hirose has also been involved in long-term projects that go beyond existing art activities with an awareness of social contact, such as the “Sky Project” (Maebashi, 2016, ongoing through 2035), in which he exchanges photos of the sky with mothers and children at a mother-child living support facility.

The breadth of Hirose’s concept extends to the entire globe from a macro perspective, transcending countries and seasons, and even the universe. At the same time, Hirose discovers richness and diversity in the daily Italian diet, and a common sense of small happiness and meaning to life through encounters and dialogues on cross-cultural trips. The main characteristic of Hirose’s work is that he transfers such everyday life to an artistic level and strongly engages the viewer’s five senses.

In the “Blue Drawing” series, he creates installations that stimulate the senses of sight, smell, and taste by spreading lemon and spices all over the floor, photographs of the sky, and the seemingly endless increase of cells, while in the “Beans Cosmos” series, foodstuffs such as beans and pasta are placed in acrylic resin, along with rolled maps, marbles, gold, etc. In “Beans” series, he creates a series of works that are filled with foodstuffs such as beans, pasta, etc.

Hirose’s work is a combination of the artificial and the natural. Hirose has discovered that there is a rich world that is often overlooked in the areas and small things between things, such as artificiality and nature, day and night, and on the periphery, and has captured the contradictions and uncertainties that lie deep within, but do not appear on the surface. Visitors can experience the world of Hirose’s works from various perspectives and angles as they walk around the exhibition space. The coexistence of these heterogeneous things, which can be seen in very different ways by changing viewpoints, is like our society itself.